BioTeSys' colleagues regularly appears as speaker at public events and publish scientific articles. Information on those events and release notes, as well as company announcements can be found here at a glance.

An EU project to make the use of nanomaterials safer for everyone ...

A film about an ambitious project on aging named "MARK-AGE" ..

Reading tip: What degree of evidence is required to make an EU health claim?

Not only BioTeSys contemplate about valid scientific evidendence for EFSA applications. 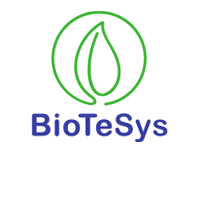 The art of designing clinical trials with dietary supplements

BioTeSys proclaims that clinical trials with nutritions do not have the same requierements as clinical studies with pharmaceuticals. Only a specialised company can fulfill those requierements

BENEO-Orafti S.A. has gained a positive EFSA evaluation for its prebiotic fibre inulin improving the effect on bowel function by increasing stool frequency without triggering diarrhoea. EFSA’s decision is based on six human intervention studies. The study conducted by BioTeSys – Nutritional CRO (Schulz et al., 2012, unpublished) was used to establish the conditions of use for this health claim.

BioTeSys has been testing nanoparticals with the automated genotoxicity assay FADU since 2013 for the international project. New information on nanoparticle security is available now.

BioTeSys joins BioEconomy Network for the Production of Bio-based Products

BioTeSys joins in with the change from a petroleum-based economy to a sustainable, bio-based economy. BioTeSys will contribute especially its analytical skills regarding botanicals