BioTeSys' colleagues regularly appears as speaker at public events and publish scientific articles. Information on those events and release notes, as well as company announcements can be found here at a glance.

An EU project to make the use of nanomaterials safer for everyone ...

A film about an ambitious project on aging named "MARK-AGE" .. 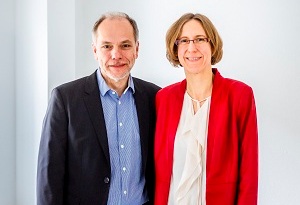 This year BioTeSys GmbH celebrates its 20th anniversary. At the same time, Mrs Christiane Schön, as long-standing authorised signatory and head of the "Nutritional CRO" department, has been won over for the position of a second managing director.